This week, we speak with two scientists who are challenging dogma about how the brain works and how we can treat it.
Show 1318: Challenging Dogma About Alzheimer Disease and Dep...
4.3- 42 ratings
Podcasts

Examining the Basis of Neuroscience Dogma:

This week on our nationally syndicated radio show, our guests discuss the evidence supporting widely accepted ideas about Alzheimer disease and depression. Neuroscience dogma holds that Alzheimer disease results from the accumulation of beta-amyloid plaque in the brain. Moreover, nearly any psychiatrist, when asked, will tell you that SSRI antidepressants such as fluoxetine (Prozac) or sertraline (Zoloft) work by increasing the neurochemical serotonin available to neurons. How good is the evidence supporting these ideas?

Alzheimer disease was first described early in the 20th century by neuroanatomist Alois Alzheimer. He noted confusion and memory problems along with paranoia, aggression and sleep disturbances in a 50-year-old patient. When she died, five years later, Dr. Alzheimer conducted an autopsy and reported unusual plaques and neurofibrillary tangles in her brain. Others named this unfortunate condition “Alzheimer’s disease” (Dialogues in Clinical Neuroscience, March 2003).  By the end of the 20th century, researchers accepted the concept that the distinctive plaques, composed of beta-amyloid protein, are the cause of this common dementia. They devoted a tremendous amount of effort to unraveling the exact mechanisms, but so far the resulting drugs have not been entirely exciting.

One of the papers that has been very influential in shaping subsequent research was published in the prestigious journal Nature in 2006. Fifteen years later, another neuroscientists noticed something odd about the crucial images underpinning the scientific argument in this paper. How might this affect the beta-amyloid dogma of Alzheimer disease? Dr. Matthew Schrag describes what he found and what it might mean.

The Serotonin Theory of Depression:

We also examine the role of the serotonin theory of depression. For more than 60 years, neuroscientists have focused on this neurotransmitter as a potential cause of this psychiatric disorder (Current Pharmaceutical Design, 2016).  When fluoxetine, the first of a new class of antidepressants, was introduced in the late 1980s, it was as a selective serotonin reuptake inhibitor (Drugs, Dec. 1986).  Most psychiatrists would still tell you that is how fluoxetine and other SSRI drugs work to fight depression.

What data supports this dogma? A group of psychiatrists has examined relevant studies and concluded that the evidence is not there. Dr. Joanna Moncrieff describes their investigation.

Both Dr. Schrag and Dr. Moncrieff have created controversy by challenging existing dogma on the drugs used to treat these devastating conditions. Please note that neither is asserting that the relevant drugs do not work. Rather, they are asking questions about the underlying assumptions of how they work. Unquestioning acceptance of such dogma is not in the interests of science or medicine.

What Are the Consequences of Accepting Neuroscience Dogma?

In the case of Alzheimer disease, an almost exclusive research focus on beta-amyloid has not yet resulted in drugs that help patients function independently, maintain their cognitive capacity or stay out of institutional care. We don’t know whether a wider research net would have produced such treatments.

When it comes to the serotonin theory, Dr. Moncrieff and her colleagues have identified a number of drawbacks when patients believe that their depression is caused by a chemical imbalance in their brains. This belief leads them to take a pessimistic outlook on their depression and to doubt that they can learn to regulate their emotions themselves.

The dominance of this theory affects patients’ willingness to rely on antidepressant drugs. In particular, their beliefs affect the decision of whether to continue or stop taking them. Many people find it quite difficult to stop these medications. Consequently, patients deserve far more guidance in this process than most get.

Matthew Schrag MD, PhD, is Assistant Professor of Neurology at Vanderbilt University School of Medicine and Director of the Cerebral Amyloid Angiopathy Clinic. The Schrag Lab is focused on discovering shared molecular pathways between Alzheimer’s disease and cerebral amyloid angiopathy. His website is https://medschool.vanderbilt.edu/brain-institute/person/matthew-schrag-m-d-ph-d/

You can find the Science article describing his work on Western blot images here. 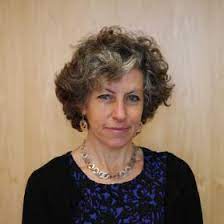 Joanna Moncrieff, MD, is Professor of Critical and Social Psychiatry at University College London and works as a consultant in community psychiatry in London. She is one of the founders and the co-chairperson of the Critical Psychiatry Network. She has authored numerous papers and several books including The Myth of the Chemical Cure, The Bitterest Pills: The Troubling Story of Antipsychotic Drugs and A Straight-Talking Introduction to Psychiatric Drugs. Dr. Moncrieff’s article on the serotonin theory of depression is here. Her website is https://joannamoncrieff.com/about/

Listen to the Podcast:

The podcast of this program will be available Monday, Oct. 17, 2022, after broadcast on October 15. You can stream the show from this site and download the podcast for free.

Rate this article
4.3- 42 ratings
About the Author