If you are taking big doses of vitamin D in the hopes that it will ward off all sorts of health problems, you may be disappointed. Most research has not demonstrated that taking high doses of vitamin D supplements will improve health. Why not?

In a large randomized controlled trial of vitamin D supplements, researchers found that heavier participants did not benefit as much as others (JAMA Network Open, Jan. 17, 2023). The VITAL study included more than 16,000 adults who took vitamin D or placebo for two years. Those who were overweight or obese had lower levels of circulating vitamin D when the study started. More importantly, their levels of vitamin D markers did not rise as much when they took the pills.

The researchers suggest that this may help explain why heavy people don’t seem to get protection from vitamin D supplements. Other participants had a lower risk of cancer or diabetes if they took vitamin D.

One possible explanation is that vitamin D is a fat-soluble compound. As a result, the body’s adipose tissue stores it. Consequently, it is less available to other body tissues. As you will read, it plays a critical role in helping them stay healthy.

The Double Life of Vitamin D:

Vitamin D leads a double life. In addition to being a crucial vitamin, it is also a hormone that affects every cell in the body.

For years, health professionals thought that this nutrient was responsible primarily for building strong bones. When there was a deficiency in vitamin D, children developed rickets. In this condition, bones are fragile and can become deformed, resulting in bowed legs and thickened wrists.

Over the last several decades, scientists have discovered that there are vitamin D receptors throughout the body. People who are deficient in vitamin D are more susceptible to a wide range of disorders, from arthritis and heart disease to diabetes and cancer.

Researchers report that when circulating levels of vitamin D are low, people are more susceptible to respiratory infections and more likely to die prematurely (Circulation Journal, April 20, 2017). That research from Japan has since been confirmed in the UK, Norway and elsewhere. 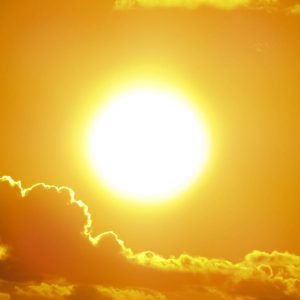 Vitamin D and the Sun:

For thousands of years, humans got their vitamin D by exposing their skin to the sun. When ultraviolet rays hit the skin, they help form a precursor of the hormone (cholecalciferol). After the skin absorbs this compound, the kidney converts it into the active form of vitamin D.

There is tremendous variability in the amount of vitamin D the skin will make. It depends in part on the intensity of the sun, the time of day and skin type. Your body can make between 10,000 and 25,000 international units of vitamin D in less time than it takes to develop a sunburn. To a large extent, sunscreen may block the natural formation of vitamin D from the sun (PLoS One, Jan. 29, 2016).

The body carefully regulates its production of vitamin D. You can’t overdose on vitamin D through sun exposure (Institute of Medicine, 2011). Moreover, not all the evidence points to sunscreen blocking vitamin D synthesis. One study found that people applying enough sunscreen to prevent sunburn still made vitamin D (British Journal of Dermatology, Nov. 2019).

Researchers have noticed the problems associated with low levels of vitamin D. They have conducted many experiments to see how well supplements of vitamin D can treat the disorders connected to vitamin D deficiency.

A study in the European Heart Journal, May 12, 2017 reported that vitamin D supplements “did not reduce mortality in patients with advanced HF [heart failure].”

High use of vitamin D supplements did not lower the risk of early menopause Nurses’ Health Study II). This was published in the American Journal of Clinical Nutrition (May 10, 2017). When these women got their vitamin D from food, however, there was a modest reduction in early symptoms of menopause.

High-dose vitamin D supplements were not beneficial for overweight, vitamin D-deficient patients who were diagnosed with type 2 diabetes (American Journal of Clinical Nutrition, May 10, 2017).

“would be an effective strategy for reducing diabetes risk even in vitamin D-deficient populations.”

Other studies have also yielded disappointing results. A recent example is a study published in The Lancet Diabetes & Endocrinology (April 28, 2017).

The investigators recruited more than 5,000 volunteers in Auckland, New Zealand, for a placebo-controlled trial. Half of them were given cholecalciferol (vitamin D3) at a dose of 100,000 IU once a month. The other half got a placebo once a month. All of the participants kept track of any falls or fractures they experienced during the three-plus years the study continued.

The investigators didn’t find any differences between the two groups, whether in falls, fractures or death. They concluded that this form of supplementation was ineffective.

To give them credit, however, they noted:

“Further research is needed to ascertain the effects of daily vitamin D dosing, with or without calcium.”

We too would like to see more studies with daily vitamin D dosing. We suspect that one reason so many studies that use enormous doses once a month or even once every few months haven’t shown benefit is that the scientists are taking the wrong view of this vitamin.

They are treating it as if it were a drug. But a hormone that is intimately involved in so many processes in the body might not behave like a drug at all. The body may not respond normally to such a high dose. In nature, the body gets a smaller amount every day. And the body regulates that natural vitamin D quite effectively. It may also be that the vitamin D (and its derivatives) made by the body from sun exposure work differently in the body than the oral vitamin D supplements so many people take.

To learn more about this crucial hormone, you may wish to read our Guide to Vitamin D Deficiency. It can be downloaded from our website.

Share your own experience with vitamin D supplements in the comment section below. If you found this information of interest, please vote at the top of the article.

Rate this article
4.3- 141 ratings
About the Author

Joe Graedon is a pharmacologist who has dedicated his career to making drug information understandable to consumers. His best-selling book, The People’s Pharmacy, was published in 1976 and led to a syndicated newspaper column, syndicated public radio show and web site. In 2006, Long Island University awarded him an honorary doctorate as “one of the country's leading drug experts for the consumer.” ReadJoe's Full Bio.