What Happened to Cod Liver Oil as a Home Remedy?

The origin of many a home remedy is lost in the mists of time. Usually we don’t have a good record of who started using it or when, and we also rarely have information on when and how it falls out of favor. Have you ever wondered, for example, what happened to cod liver oil, once a popular home remedy?

What Happened to Cod Liver Oil?

Q. Are there drawbacks to cod liver oil consumption? I was wondering since it was a classic home remedy for a number of things many years ago. In some families, everyone got a spoonful of cod liver oil daily, but now that isn’t the case.

A. If you have spoken with someone who was given a spoonful of cod liver oil every day during childhood, they will tell you it tasted terrible. Perhaps that helps explain what happened to cod liver oil.

Cod liver oil is not a recent innovation. An article published in the London Medical Journal in 1782 touts its benefits for painful rheumatism. No doubt it had been in popular use for some time before that. Tradition has it that the Vikings prepared cod liver oil by steaming the livers over kettles of boiling water. Since Norway has very little sunshine during the winter, the vitamin D in this product would have been helpful in preventing deficiency during that long season.

By the 19th century, people in England and America embraced cod liver oil produced in Newfoundland, Canada. As you have noted, it was an extremely popular remedy. Doctors recommended the oil to treat arthritis, gout and other painful joint problems. In the era before the discovery of germs, they also used cod liver oil to treat tuberculosis. (In those days, they referred to different symptoms of tuberculosis as “phthisis” and “scrofula.”)

By the early 20th century, cod liver oil was recognized as a helpful remedy for rickets, caused by a severe lack of vitamin D. In 1923, the Archives of Pediatrics (now JAMA Pediatrics) published an article on The History of Cod Liver Oil as a Remedy that made reference to “newly awakened interest concerning its action.” Researchers then reported on its value for wound healing and hemorrhoids. By the 1970s, however, cod liver oil had once again fallen out of medical favor. A recent medical article points out the dangers of excessive vitamin A intake from cod liver oil (American Journal of Clinical Nutrition, May 2018).

Some people react to cod liver oil with digestive distress. High doses may interact with aspirin or other anticoagulant medicines to increase the risk of bleeding.

Scandinavians have long embraced the use of cod liver oil rich in both vitamin A and vitamin D. There have been some concerns that high levels of vitamin A might contribute to osteoporosis, but epidemiological data show no increased risk of hip fracture (American Journal of Clinical Nutrition, Nov. 2015). Many readers have found that taking cod liver oil can ease joint pain, prevent colds and improve immune response.

One reader shared this testimonial that may help explain what happened to cod liver oil: 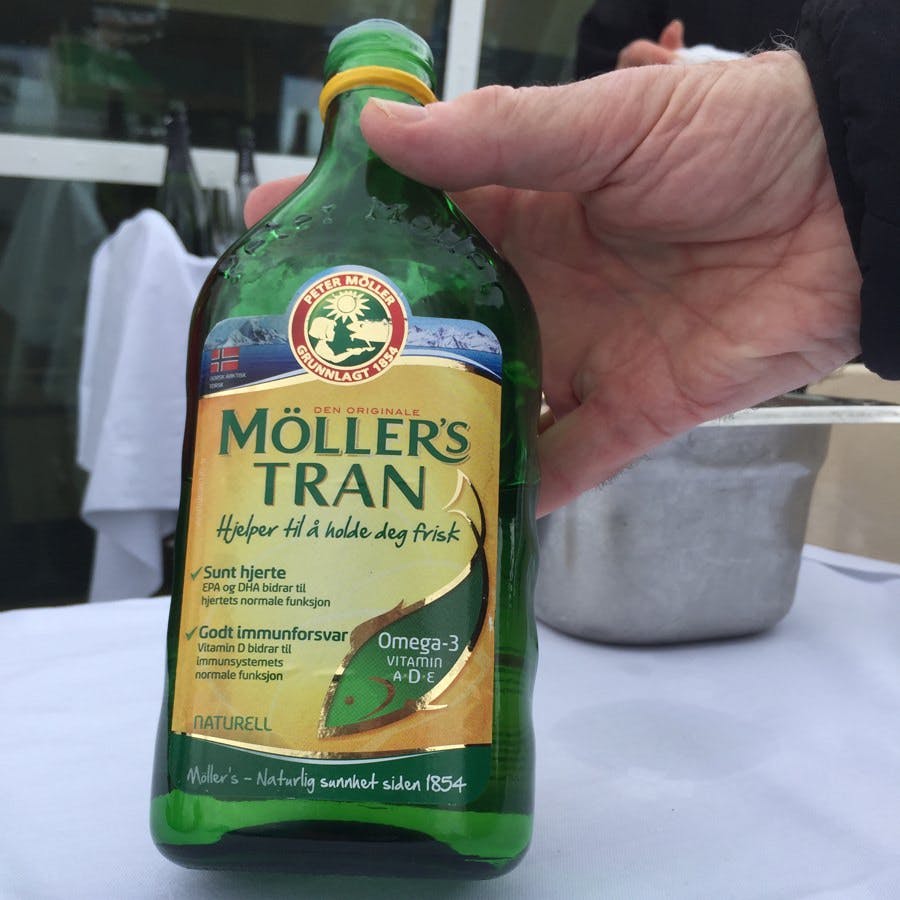 Q. My father grew up on a small island in Norway in the 1940s. In winter the teacher in their one-room schoolhouse gave each child a tablespoon of cod liver oil daily. When my father told this story, he remarked at how beautiful the wood floors in that schoolroom were. They shone with the oil kids managed to “accidentally” spill off their spoons every day!

When I was growing up in Ohio, my dad made me take a tablespoon of cod liver oil every winter day. Why mess with tradition? I was mad when I found out cod liver oil now comes in easy-to-swallow capsules.

A. Cod liver oil is rich in omega 3 fats and vitamins D and A. Evidence suggests that it bolsters immune function, as demonstrated by a recent study from Sweden.

No doubt many other readers sympathize with your reaction to having to swallow cod liver oil by the spoonful. Do read the label of the capsules, as some cod liver oil has had much of its vitamin D removed in the process of making it taste better.

Rate this article
5- 25 ratings
About the Author