How Do You Feed Your Microbiota?

An intriguing study reveals that what you feed your microbiota influences the variety of microbes in your intestines. The relationships are unique to you.
How Do You Feed Your Microbiota?
4.6- 82 ratings
Bulky Bowel Movements

Scientists know that the community of microbes that lives in your digestive tract is unique to you (your microbiota). They hypothesize that if you want to stay healthy, you have to keep the community healthy. To do that, you need to feed your microbiota right.

Do You Know What to Feed Your Microbiota?

But what, exactly, does that mean? A new study shows that the response of gut microbiota to food varies from one person to another (Cell Host & Microbe, online June 12, 2019).

The researchers had 34 healthy (but somewhat obsessive) people record absolutely everything they ate or drank for 17 days. They also collected stool samples daily during the study, which the investigators analyzed to see how the microbiota were responding. The analysis probed DNA distribution in a “fecal shotgun metagenome.” The DNA from the microbiota is properly termed the microbiome.

The investigators found that for each person there were predictable changes in the microbiota based on what food they were eating. But the relationships differed from one person to another. For example, one person eating a specific vegetable had a tremendous increase in a specific type of microbe in the stool. Another individual eating the same vegetable registered a significant drop in the same type of microbe.

Two of the individuals in the study subsisted entirely on Soylent shakes. Although they consumed a few different flavors of these shakes, the nutritional makeup was very monotonous. However, the scientists were surprised to discover that their microbiomes changed from day to day even though their diet didn’t. In fact, the analysis revealed that people who consumed a more diverse diet were more likely to have relatively stable microbiomes.

In conclusion, what you feed your microbiota does have affect these digestive denizens, but their response is extremely individualized. Nutrition labels were not helpful in predicting how a person’s microbiota would react to the food. Presumably, foods contain many more compounds that are relevant to microbes than are reflected in nutrition labels.

Coffee May Feed Your Microbiota:

When it comes to microbiota diversity in the digestive tract, a new study identifies an unlikely hero: coffee. Research presented at the American College of Gastroenterology annual meeting (Oct. 28, 2019) demonstrated that people who drank two or more cups of coffee daily for at least a year had a more diverse flora with more anti-inflammatory species than those who drank little or no coffee.

The gut microbes were measured through samples taken during colonoscopies rather than from stool samples. Researchers get a more accurate assessment of the microbial ecology that way. 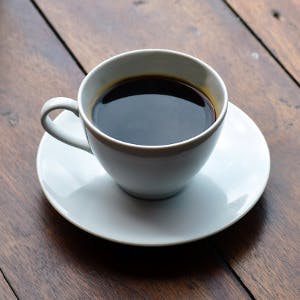 No one knows quite how coffee or caffeine may affect bacterial development, but this influence may help explain some of the health benefits regular coffee drinkers enjoy. An earlier study demonstrated that spent coffee grounds have a prebiotic effect on gut flora (Journal of Agricultural and Food Chemistry, March 6, 2019). They seem to stimulate growth of “some beneficial genera, such as Barnesiella, Odoribacter, Coprococcus, Butyricicoccus, Intestinimonas, Pseudoflavonifractor, and Veillonella.”

Epidemiologists have concluded that coffee drinkers are less likely to develop Parkinson disease (Nutrients, Aug. 14, 2019). They are also less likely to die of heart disease and are less susceptible to a number of cancers (BMJ, Nov. 22, 2017).

If you would like to learn more about how to feed your microbiota, you may want to listen to our interview with Drs. Justin and Erica Sonnenburg. It is Show 1156: How the Microbiota in the Good Gut Takes Care of You. Our interview with Dr. Eran Elinav (Show 1159) delves into the study of microbiota and the variations from one person to another. He describes fascinating research on the relationship between the microbiota, antibiotics and probiotics. To learn even more about how what you feed your microbiota influences your health, listen to the interview with William Li. It is Show 1161: What Is the Evidence for Food as Medicine?

Rate this article
4.6- 82 ratings
About the Author