Sham Knee Surgery Just As Good As The Real Thing

It will come as a huge shock to both orthopedic surgeons and their patients to learn that a pretend surgical procedure was just as good as “arthroscopic partial meniscectomy” for meniscal tears. The results of the study were published in the New England Journal of Medicine (Dec. 26, 2013) and will no doubt create controversy and confusion.

This is not rare knee surgery. Roughly 700,000 people have this kind of arthroscopic knee surgery each year in the U.S. to repair tears in their meniscus. The cost is estimated to be around $4 billion annually. 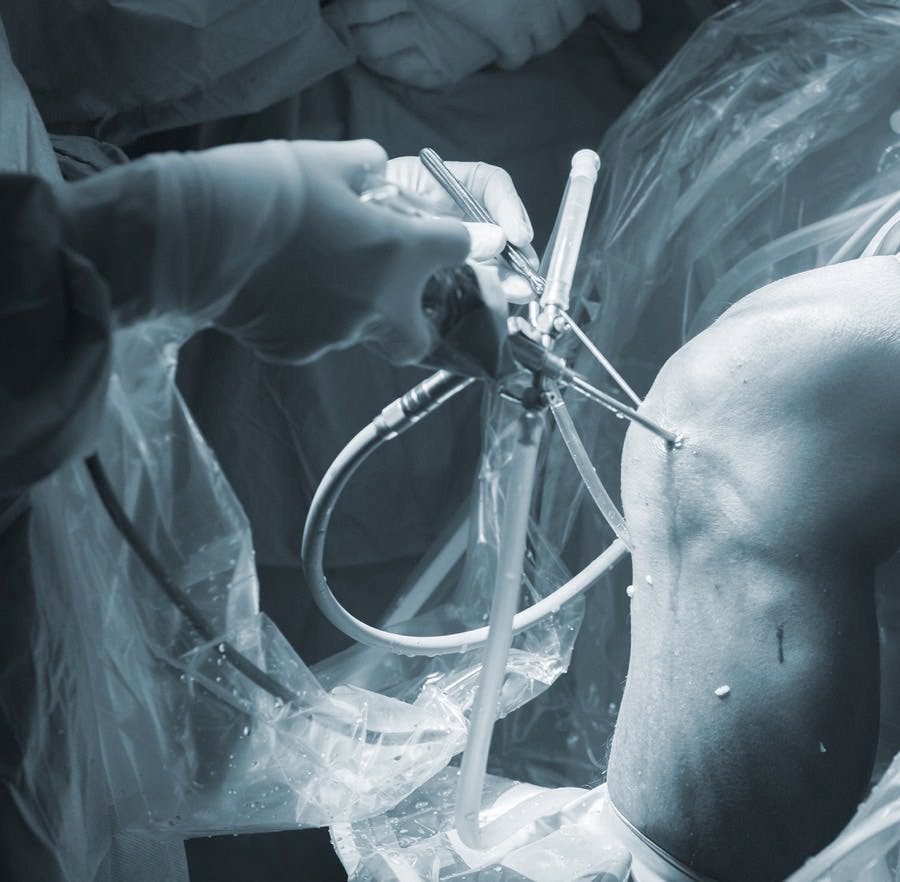 When the meniscus is injured, it can produce pain, stiffness and reduced range of motion in the knee. Surgery is also intended to clear away debris and fragments of cartilage that are thought to contribute to degenerative knee discomfort.

The Finnish researchers who conducted this rigorous knee surgery study pointed out, however, that “rigorous evidence of its efficacy is lacking.” The surgeons recruited patients between 2007 and 2013. They were fully informed that they might be randomized to either sham surgery or the real thing and all granted their approval.

A total of 146 patients participated (70 received the real surgery and 76 were assigned to the sham surgery). During the fake surgery the patients were treated exactly the same as if they had the real thing without actually having their meniscus trimmed or having cartilage fragments removed.

The results were astounding. The authors concluded:

“This multicenter, randomized, sham-controlled trial involving patients with a degenerative medial meniscus tear showed that arthroscopic partial meniscectomy was not superior to sham surgery, with regard to outcomes assessed during a 12-month follow-up period. Although both groups had significant improvement in all primary outcomes, the patients assigned to arthroscopic partial meniscectomy had no greater improvement than those assigned to sham surgery.”

There will no doubt be a great hue and cry from the orthopedic medical community and from patients who have undergone this procedure. After all, $4 billion is a lot of money. But optimized physical and medical therapy has been shown in other trials to be just as good as surgical interventions.

Surgeons are not used to placebo-controlled trials. The idea of fake surgery seems seriously unethical. Nevertheless, it is the only way to tell whether a particular procedure is better than nothing at all. Perhaps the most famous sham surgery of all time was reported in the New England Journal of Medicine in 1959 by cardiologist Leonard Cobb, MD and colleagues.

Tying A Knot in A Chest Artery?

The story actually got its start in 1939 when an Italian surgeon named David Fieschi began treating patients with heart disease and chest pain using a technique called mammary artery ligation. He created a hole in the chest wall and tied off an important artery now called the internal thoracic artery (previously the internal mammary artery).

Dr. Fieschi thought that by tying a knot in this artery he could create collateral circulation that would improve blood flow to the heart and reduce chest pain (angina). His results were spectacular! He reported that about 75% of his patients improved and one third were actually cured of their heart disease.

Not surprisingly, heart surgeons around the world quickly adopted Dr. Fieschi’s technique. Within 20 years tying a knot in the internal mammary artery was a mainstream procedure for dealing with the pain of angina and doctors reported success in up to 85% of patients.

This surgical approach crashed and burned on May 28, 1959. That’s when surgeons in Seattle and Kansas City reported the results of their sham surgery. Two groups of angina patients were divvied up. All received general anesthesia and an incision in the chest wall. One group got the standard knots in their arteries while the other group was sewn shut without any actual procedure being performed.

“The degree of improvement in some cases was extraordinary. One patient (Case 4), who had been unable to work because of his heart disease, was almost immediately rehabilitated and was able to return to his former occupation. He reported a 100 percent improvement at six months and 75 percent improvement after a year. His arteries were not ligated [tied off].”

What is the Take Home Message?

The power of the human mind to help heal the body is poorly understood and has barely been tapped. Physicians often scoff at home remedies as placebos. And yet we have no idea how many prescribed medications and surgical procedures are working in part through a similar mechanism. It is apparent from the research just published in the New England Journal of Medicine that arthroscopic knee surgery for a torn meniscus may need to be reevaluated for many patients. The authors of the current study noted,

Rate this article
5- 1 rating
About the Author