Millions of people take FQ (fluoroquinolone) antibiotics every year. Number one is ciprofloxacin (Cipro) and number two is levofloxacin (Levaquin). You can tell if you have received this class of antibiotics if your medicine ends in FLOXACIN, such as moxifloxacin (Avelox) or norfloxacin (Noroxin). Most people assume that antibiotics are safe drugs. Except for a little digestive upset or diarrhea they assume side effects will be mild and temporary. Such may not be the case with FQ antibiotics. One reader shared a story about abdominal aortic aneurysm and levofloxacin.

Could Levofloxacin Be Linked to Abdominal Aortic Aneurysm?

Q. My husband had a procedure to remove a cyst and was prescribed Levaquin. Two years later he had an abdominal aortic aneurysm (AAA) rupture at home.

This 10 cm aneurysm appeared “out of nowhere” according to his regular doctor, as there had been no sign of it in earlier scans. Could the Levaquin have contributed?

A. An aneurysm is a bulging or ballooning of a major blood vessel. The aorta is the main blood vessel running from your heart to your lower body. It passes through your chest and into your abdomen. The aorta is roughly the diameter of a garden hose. 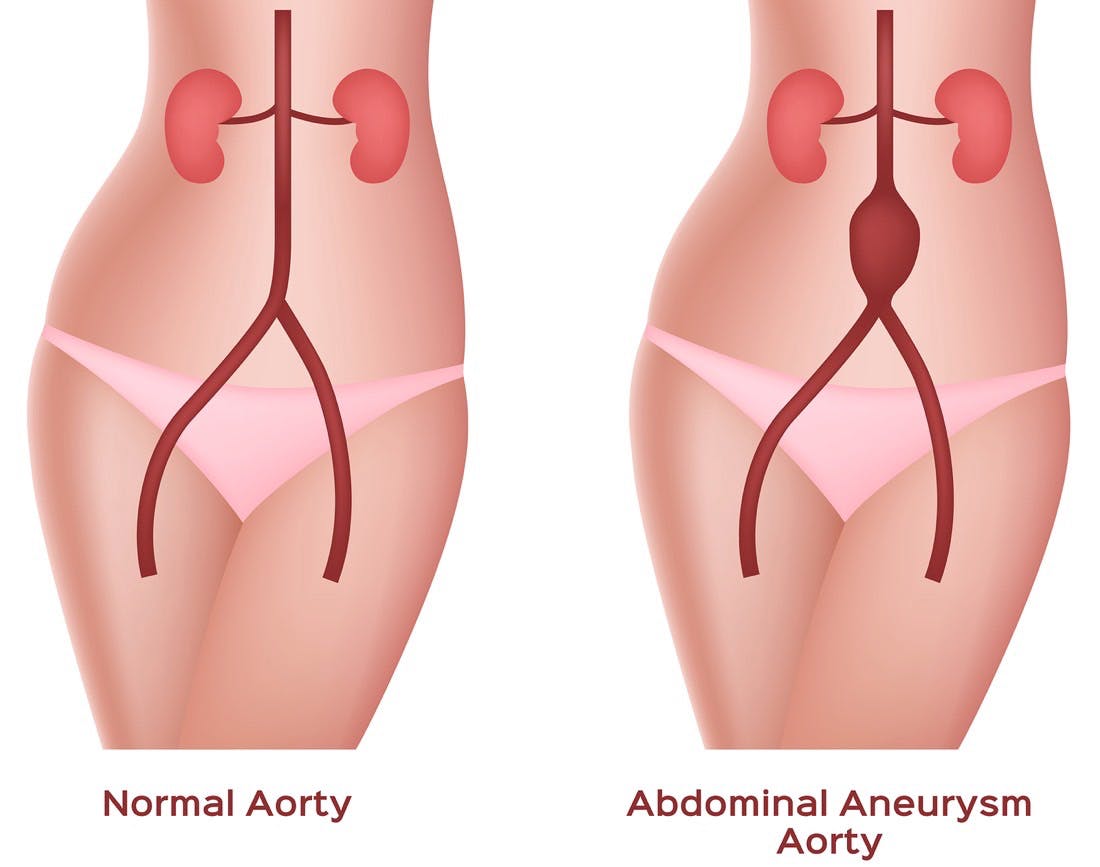 This major blood vessel is under constant pressure from blood pumping from the heart to your extremities. If the wall of the aorta becomes weakened and ruptures, you will bleed out in short order.

It is impossible to tell whether your husband’s AAA was caused by the fluoroquinolone (FQ) antibiotic. Swedish researchers have reported an association between FQs and abdominal aortic aneurysms within 60 days of treatment (BMJ, March 8, 2018).  Whether the risk extends beyond two months remains unclear.

Another Case of Abdominal Aortic Aneurysm and Levaquin:

A few years ago we heard from another woman who reported a somewhat similar situation. This time it was her father who suffered an abdominal aortic aneurysm after receiving Levaquin. In his case the rupture of the aorta occurred within six weeks.

A man reported an aneurysm after taking Cipro and Levaquin:

“I also had a descending aortic abdominal aneurysm. I have taken Cipro and Levaquin frequently for lung problems. I had terrible pain between my shoulder blades. It was agony. They had to go up through each of my femoral arteries to basically put a bandage on it.

“I will still have to have more surgery in the future. The device in my aorta can move or just wear out in 5 to 10 years. I also had to have a pacemaker put in. It’s been a nightmare.”

Amy in California shared this experience:

“These toxic antibiotics have destroyed my abdominal arteries. They can target any artery; the aorta just takes the most pressure from the circulatory system. Fluoroquinolones have caused multiple aneurysms and a life-threatening rupture.

“The FDA finally has given our poisoning a name: FQAD – FluoroQuinolone-Associated Disability. Thousands and thousands have been harmed. These drugs should only be used in life and death situations!”

Other Serious FQ Side Effects:

Abdominal Aortic Aneurysm is not the only worrisome complication of fluoroquinolone antibiotics. Another side effect is nerve damage (neuropathy). It can be incredibly debilitating. Symptoms can include pain, burning, tingling, numbness, weakness and changes in sensation to light touch or temperature.

Other worrisome adverse reactions are tendon problems, tendinitis and tendon rupture. Some people develop psychological side effects including agitation, irritability, hallucinations and psychosis. Super infections, including C. diff diarrhea, can be life threatening.

We recognize that many people tolerate FQ antibiotics without problems. But the FDA has made it quite clear that:

“Because fluoroquinolones, including CIPRO, have been associated with serious adverse reactions, reserve CIPRO for use in patients who have no alternative treatment options for the following indications:

In other words, the FDA is telling physicians to reserve these drugs for situations when there are no other options.

The People’s Pharmacy and the FDA:

When we read an article about a serious drug side effect that may not be well known, we contact the Food and Drug Administration. This is especially true if readers of our syndicated newspaper column or visitors to this website alert us to similar problems. That was the case with drugs like ciprofloxacin and levofloxacin and abdominal aortic aneurysm.

We contacted the number one person in charge of overseeing adverse drug reactions at the FDA. We pointed out that Swedish researchers reported an increased rate of abdominal aortic aneurysms linked to fluoroquinolone use.

We suggested that in light of the Swedish research:

“Perhaps now would be a good opportunity to update the public about abdominal aortic aneurysm and aortic dissection associated with fluoroquinolones.”

Here is the response from the FDA’s Division of Drug Information. It was hardly satisfying:

“We are aware of the literature on fluoroquinolones and aortic aneurysm and dissection.  The FDA will update the public should our review of the safety evidence leads to regulatory action or changes to existing public communications.

“If in the future you have additional questions, please feel free to contact us again at druginfo@fda.hhs.gov.”

Anyone who wishes to submit a report to the Food and Drug Administration about fluoroquinolone antibiotics or any other medicines may do so at:

Rate this article
5- 20 ratings
About the Author