Peyronie's disease is not something most men are comfortable talking about. A crooked penis can be treated, however. How safe and effective is Xiaflex?
Help for Penis Problems (Peyronie’s Disease)
4.7- 19 ratings
Drug Side Effects

Have you ever heard of Peyronie’s disease? Most people haven’t. That’s because it affects a very private part of the anatomy. Many men do not like to talk to their primary care doctors about penis problems.

An Italian anatomist, Giulio Cesare Aranzi, first described bent or curved penis syndrome in 1587. However, it wasn’t until a French surgeon, François de la Peyronie, wrote up three cases in 1743 that the problem acquired its name. Being the King’s surgeon probably helped provide extra attention to his “discovery.”

Many diseases are named after the physician who discovered them.

Three Famous Physicians With Their Own Diseases:

Dr. Peyronie has the unique distinction of having a serious penis problem named after him.

What is Peyronie’s Disease?

In Peyronie’s disease, scar tissue forms inside the penis. Since this plaque isn’t as stretchy as the rest of the penis, the result is a noticeable bend or curve in the erection. Imagine one of those long narrow balloons that clowns use to create cute animals. Now imagine partially pinching off the balloon in the middle. The balloon would bend in the direction of the indentation. The more you pinched, the greater the bend. The same thing happens in Peyronie’s disease. 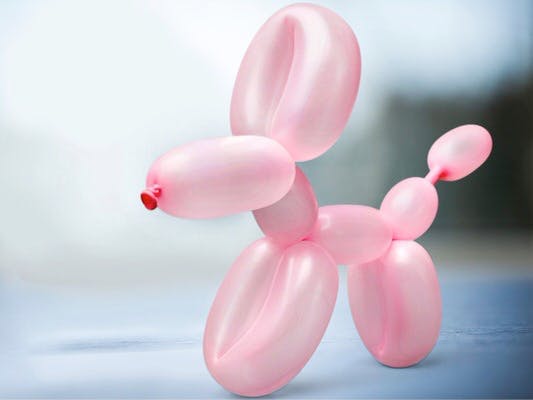 Whether the scar tissue itself results from injury, autoimmune disease or a reaction to a drug is unclear. Aging also seems to play a role, as the condition is less common in younger men. Sometimes the condition goes away by itself.

In some respects, the causes of a curved penis remain a mystery. A leading hypothesis suggests that a genetic susceptibility to form scar tissue after minor injuries could be the culprit.

“I am writing to you because I do not know where else to turn and this is extremely embarrassing. Several months ago my wife and I tried a new position while making love. It was painful for me and ever since I have noticed that my penis seems to be developing a bend.

“I cannot bring myself to discuss this with my doctor but intercourse is becoming difficult. Are there any vitamins or medications that would be helpful? I have tried ibuprofen without any noticeable improvement.”

“I have an embarrassing question. What are your suggestions regarding penile fracture?

“I admit to being too wild and crazy one night. I bent a fully erect penis about 90 degrees. It was very painful and turned purple, black and blue. It no longer hurts but has a tendency to veer to the left.”

“Urination and ejaculation work painlessly. Should I look into surgery or will the tissue repair itself?”

The Consequences of Peyronie’s Disease:

In addition to the curvature during erection, a man might notice one or more lumps on the side of the penis. In some cases, the bend makes intercourse uncomfortable or impossible. Occasionally, it contributes to erectile dysfunction.

One reader described how he dealt with this condition:

“I am writing about my experience with Peyronie’s disease. I cannot describe how I felt when I realized that my penis was bent into a real mess.

“The urologist wanted to operate, but he wasn’t quite sure where the injury was. Who knows where he’d cut? Plus he said I’d lose an inch. No thanks!

“I asked my traditional Chinese medical doctor who has helped me with other problems. He didn’t know the term Peyronie’s, but he looked it up and suggested a remedy. After a month, I was about one-third cured.

“I looked online and found another herbal remedy that was supposed to help with this problem. I sent away for it and was a bit alarmed at the Afghanistan postmark, but I took it anyway. It got me another third of the way to a straight penis.

“Not long after that, a friend offered me a penis pump (vacuum pump). Some older guys use them to get hard. I played around with it and gradually increased my tolerance for the pressure. After a few months, I noticed that the thing was completely straight again. Yay!

“Chinese herbalism and a silly vacuum pump did the trick for me. It’s important to follow the directions on the pump so you don’t create a problem worse than you started with.”

As our reader mentioned, a urologist may offer surgery. That’s not usually the first line of therapy, though, except in severe cases. There are a number of other medicines that may help dissolve the fibrotic scar tissue. They include vitamin E, acetyl-L-carnitine and potassium para-aminobenzoate (Potaba), pentoxifylline, tamoxifen or colchicine. We don’t know which herbs our reader used. It is unlikely there is any research on herbal treatment of this problem.

A Drug for Peyronie’s Disease:

One FDA-approved medication for Peyronie’s is collagenase (Xiaflex). The enzyme is injected into the plaque to break it down. Usually there are several injections at different times, and men are encouraged to use a vacuum device between injections (BJU International, online June 14, 2017).

A new protocol (using just three injections instead of several) was recently tested (BJU International, online, June 14, 2017). The authors report that the new shortened protocol was “safe, effective and cost efficient.” Out of 53 patients treated, 96.2 percent experienced some reduction in curvature.

This drug was first approved to treat a somewhat similar condition called Dupuytren’s contractures. In this condition a finger is bent because of knots of fibrous tissue formation under the skin. It becomes impossible to straighten the finger (commonly the pinky or ring finger).

Side effects may include swelling, bruising, bleeding, pain, itching and tender or swollen lymph nodes. Skin laceration is another potential complication. The FDA requires a black box warning about penile fracture, a rare but serious complication. Learn more about Xiaflex at this link.

Many men find it difficult to discuss penis problems with their physicians, but Peyronie’s disease can be treated. Suffering in silence can lead to marital discord and psychological distress.

A Urologist Contributes His Perspective:

“I would like to comment on your answer to the question from a man who noted curvature of his erect penis. You are correct that this is likely Peyronie’s disease (PD). Current knowledge suggests that PD is a genetic disorder of wound healing causing exuberant scar formation in response to minor or even silent injury.

“This non-elastic scar tissue may cause a variety of deformities to the erect penis including bending, loss of girth and length and is frequently associated with erectile dysfunction. As you can imagine this makes PD both a physically and psychologically devastating problem.

“Surgery remains the gold standard to correct the deformity. But many men are either not psychologically ready or interested in surgery. Others are not physically ready for surgery as the changes in the penis must be stable for at least six months before surgery can be considered.

“Your response regarding medical therapy indicated that several drugs may provide some benefit. However, there are no oral drugs that have been scientifically shown to provide benefit. Verapamil and Interferon have been used by injection directly into the plaque once it is anesthetized resulting in some benefit in up to 60% of patients.

“One treatment of this scar disorder is the application of an external penile traction device. This device was shown in a recent trial to benefit all of the men who used it with an increase in length, girth and up to 45 degrees of curvature reduction.

“There is nothing new about traction therapy as it has been used to straighten teeth, elongate bone, or stretch other scarred tissues. Studies ongoing in Chicago at Rush University Medical Center are examining the potential benefits of combining Verapamil injection therapy with FastSize traction therapy for PD. In these studies, there have been no side effects or adverse events reported when the device is used properly.”

[Dr. Levine’s message was submitted before the FDA approved Xiaflex for Peyronie’s disease.]

Skin Laceration of the Penis:

One side effect of treatment with a penis pump is skin laceration. This can be a challenging condition, as this reader reported:

“I suffer from erectile dysfunction. I found that a penis pump could be quite helpful, but it requires use of a strong elastic ring to help main firmness. I foolishly applied the ring without adequate lubrication. I experienced a painful laceration that would not heal on its own.

“My urologist recommended Bacitracin antibiotic ointment under a Nexcare Sensitive Skin bandage. This treatment worked brilliantly. Took about a week to 10 days for complete healing.”

Rate this article
4.7- 19 ratings
About the Author