A Pharmacist Remembers a Link Between Omeprazole and Cancer:

A new study linking PPIs to stomach cancer made headlines. A pharmacist with a long memory found a 1994 warning about omeprazole and cancer in the PDR.
A Pharmacist Remembers a Link Between Omeprazole and Cancer:
4.6- 13 ratings
Acid Reflux

On November 1, 2017 we sent out a People’s Pharmacy Special Health Alert asking the question: “Do Acid-Suppressing Drugs Cause Cancer?” This article was based on new research from Hong Kong (Gut, online, October 31, 2017). The investigators reported:

“Long-term use of PPIs was still associated with an increased GC [gastric cancer] risk in subjects even after HP [Helicobacter pyrlori] eradication therapy.”

A Shock to Health Professionals:

Most physicians and patients were no doubt surprised by the the idea that proton pump inhibitors (PPIs) might be linked to cancer. Tens of millions of people take such drugs to treat ulcers or acid reflux. They assume these drugs are quite safe, especially since they can now buy PPIs like esomeprazole (Nexium 24HR), lansoprazole (Prevacid 24HR) and omeprazole (Prilosec OTC) over the counter. A pharmacist with a very long memory responded to our post with some intriguing old data about PPIs and cancer.

Omeprazole and Cancer in Animals circa 1994:

“I read with interest your recent article discussing the possibility that PPIs increase the risk of stomach cancer.

“As a pharmacist I have been very interested in the subject of tumors/cancers caused by drugs, sometimes referred to as ‘drug-induced cancers.’

“Starting about thirty years ago, I took an interest in the carcinogenesis data that accompanies many of the drugs in the Physicains’ Desk Reference [PDR].

An Old Edition of The Physicians’ Desk Reference [PDR]:

“I happen to save old copies of the Physicians’ Desk Reference.  The oldest copy I have is the 1994 edition.

“In the 1994 edition of the PDR, there is a Black Box Warning for Prilosec and the risk of gastric carcinoid tumors.  (1994 PDR, p. 1518)  Why hasn’t FDA done anything to address this issue?

‘WARNING
In long-term (2 year) studies in rats, omeprazole produced a dose-related increase in gastric carcinoid tumors (see PRECAUTIONS, Carcinogenesis, Mutagenesis, Impairment of Fertility).  While available endoscopic evaluations and histologic examinations of biopsy specimens from human specimens have not detected a risk from short-term exposure to PRILOSEC, further human data on the effect of sustained hypochlorhydria [reduced acid in the stomach] and hypergastrinemia [excess gastrin in the stomach] are needed to rule out the possibility of an increased risk for the development of tumors in humans receiving long-term therapy with PRILOSEC.  PRILOSEC should be prescribed only for the conditions, dosage and duration described (see INDICATIONS AND USAGE and DOSAGE AND ADMINISTRATION).’

Under the heading Carcinogeneis, the PDR mentions carcinogenecity studies in rats and notes that exposure to omeprazole produced:

“gastric ECL [Enterochromaffin-like cells] cell carcinoids in a dose related manner in both male and female rats…Gastric carcinoids seldom occur in untreated rats. In addition, ECL cell hyperplasia was present in all treated groups of both sexes.”

What Does Safe and Effective Mean?

The pharmacist (D. M.) who contacted us goes on to say:

“The average person would likely be shocked to see that there are so many commonly prescribed drugs that are linked to tumors or cancers in lab animals and, in some cases, in humans.

“The public has been told that FDA approval means that a drug is ‘safe and effective.’

“But what exactly do the words ‘safe and effective’ mean?

“In the lexicon of the FDA, ‘safe and effective’ most definitely does not mean without risk.

“I am now retired but during my career I concluded that nearly 100% of the people who looked up their drug in the PDR were less enthusiastic about taking that drug in comparison to before reading that information.

“Many of the drugs in the PDR come with a list of 50 to 200 potential adverse effects.  These adverse effects range from what many pharmacists view as mild (nausea, vomiting, and diarrhea) to serious (aplastic anemia, agranulocytosis, kidney damage, liver damage, stroke, heart attack, lupus, and even life threatening allergic reactions).”

“I do not believe that most people realize that a large number of drugs on the market are linked to tumors or cancers in lab animals and, in some cases, in humans.

“I think that nothing scares people more than the word ‘cancer,’ yet so many commonly prescribed drugs come with lots of scary information about potential carcinogenicity.

“I think that, if given the opportunity, the average person would choose almost any adverse effect other than ‘cancer.’

“I do not claim to be an expert on the subject of drug-induced cancers.  The researchers who conduct these carcinogenicity studies in lab animals certainly know more about the details of these tests than I do.

“But I don’t know who to ask to put all this carcinogenicity data into perspective.  What does it all mean?  Can someone tell me that all this data is meaningless and nothing to worry about?  Then why is it included in the official prescribing information in the Physicians’ Desk Reference?  Why are these animal studies carried out if the results are meaningless for humans?” 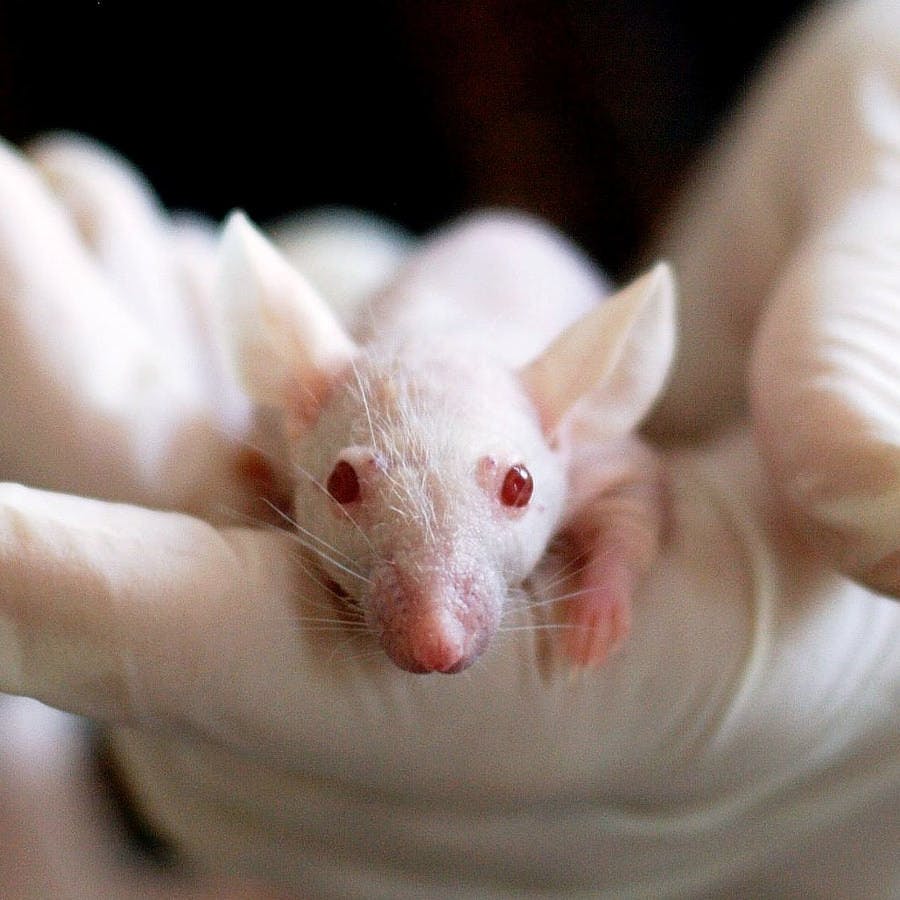 “Big Pharma seems to dismiss these studies by suggesting that rats and mice and dogs and guinea pigs are pathetic animals in comparison to the majestic Homo sapiens.

“Big Pharma seems to imply that only the administration of massive doses to these lab animals results in the development of tumors.

“But I have noticed that a lot of this carcinogenicity information states that tumors develop in these lab animals at doses similar (on a pound for pound basis) to those given to humans.”

The FDA and Carcinogenesis:

“One of the biggest criticisms of the FDA is that it does not fully understand the long-term hazards of the drugs it approves. The FDA cannot tell you with certainty that a drug you are taking for years will not cause you to develop cancer, or to increase the risk of cancer.

“Over the years as I have read about the association between chemicals and cancer, I have wondered whether commonly prescribed drugs present a similar hazard to humans.  Most drugs, like most chemicals, are synthetic substances, that are totally foreign to human evolution.

“Most drugs are, in fact, chemicals. It turns out that commonly prescribed drugs may be just as likely–or more likely–to cause tumors in humans as are the synthetic chemicals that are so ubiquitous in modern societies.

“One would hope that our exposure to chemicals (including pesticides) is at minuscule levels.  However, our exposure to drugs is at incredibly higher levels. Drugs are given at doses that have a therapeutic effect (they do things like lower blood pressure, decrease inflammation, lower cholesterol, relieve pain, etc.)

“But drugs are intentionally given at levels high enough to cause a biological response.  We hope that pollutants in our air and drinking water do not have as dramatic a biological effect on the human body as do, for example, drugs that lower cholesterol or blood pressure.

“It turns out that commonly prescribed drugs are not exempt from the potential to cause cancer. Just because we’re using the drugs for benevolent reasons (to treat human disease) does not mean that they are harmless.  Pharmaceuticals do not get a pass or a bye or a special exemption from Mother Nature when it comes to carcinogenic potential.

“There is no reason to assume that drugs like antidepressants, antihyperensives, cholesterol-lowering agents, proton pump inhibitors, antihistamines, etc., are exempt from the potential to cause cancer after years of use.

“The FDA has a huge amount of data that links commonly prescribed drugs to tumors in lab animals and, in some cases, to humans.  The FDA doesn’t know what to do with this information.

“Perhaps nothing illustrates the crudeness of pharmaceuticals more than the fact that “about half of prescription drugs are potentially carcinogenic,” according to Thomas J. Moore in Prescription for Disaster (New York:  Simon & Schuster, 1998, p. 96).

“In my opinion, a drug’s potential carcinogenicity is the single most important fact that the pharmaceutical industry wants to hide from the public.  The fact that a drug you’re taking can actually CAUSE cancer is something that Big Pharma would like to sweep under the rug.  I have not read a clearer discussion of the potential carcinogenicity of drugs anywhere other than Moore’s book.”

“For some reason, Big Pharma thinks that it can safely interrupt delicate biological pathways that have been fine-tuned over tens of thousands of years.

“Thus there are a large number of side effects from statins and PPIs.

“The carcinogenicity and mutagenicity data in the official prescribing information is something that leaves a lot of health professionals scratching their heads.  Why are so many commonly prescribed drugs associated with tumors in lab animals and, in many cases, humans?”

This long response to our article asking: “Do Acid-Suppressing Drugs Cause Cancer?” was written by a retired pharmacist (Dennis Miller, R.Ph).

We agree with Dennis that the FDA does not seem to know what to do with data that link prescription drugs to cancer in lab animals. Health professionals are even more perplexed. It’s hardly any wonder that patients are confused.

Here are some articles we have written on this subject:

Do Prescription Drugs Cause Cancer?

What do you think about cancer warnings on prescription drugs? Is this disconcerting or do you assume the risk is so small it’s not worth worrying about. Please share your thoughts in the comment section below.

Rate this article
4.6- 13 ratings
About the Author